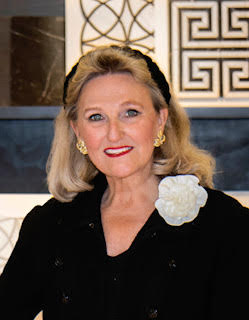 As a college student LaRawn worked as a tour guide for WSM Grand Ole Opry Tours. It was during that time taking tours from Belle Meade Mansion to the State Capital that she fell in love with Nashville.

She would love to help you find a new home or office in Nashville. Her areas of concentration are Music Row, Green Hills, Belle Meade and Williamson County.

If condo living might be in your future, LaRawn is a member of the sales team at The Manning Condominium in the Belle Meade area of Nashville, the city’s most luxurious condominium project.

As the wife of a long time contractor/developer, LaRawn has a good handle on what to look for when purchasing a home or office. As a long time Nashvillian, she knows where to find your perfect home or office that is suited for your personal needs.

LaRawn was born in the Arkansas Delta and moved, via Palm Beach, to Nashville as a child. She holds a B.S. degree from Belmont College with concentration in Marketing and minor studies in Psychology.

Her father was a music industry executive and was the first National Sales and Promotion Manager for Sun Records in Memphis during the time of Elvis and Johnny Cash. She had a very interesting childhood to say the least and still maintains business associations on Music Row.

She is a natural people connector and promoter and has been hailed as a ‘Marketing Guru’ by the Tennessean newspaper. As a volunteer she covered Nashville Society events as a writer/ photographer for the past 10 years for Atlanta Season Magazine, New York Social Diary and other publications.

LaRawn has helped fill the coffers for many non profits including Belmont Mansion by creating a 90 minute fund raising event for the Mansion that raised over $100,000.  She was the creator of The World’s Biggest Baby Shower that was aired on the Opra Winfrey Show honoring our soldiers at Ft. Campbell.  She also serves on the Swan Ball committee, and has served on the boards of the YWCA,  Nashville Symphony League, and The Belmont Alumni Association.

She was the recipient of the 2015 Helen Kennedy Award by The Belmont Mansion Association, and honored as a Ground Breaker by Habitat for Humanity in 2019.

LaRawn and her husband live between Music Row and Green Hills in Nashville and have a 50 acre farm in ,Williamson County where they go to unwind.